Home » Michael has been shortlisted for Outstanding Individual Achievement in Calderdale

Michael has been shortlisted for Outstanding Individual Achievement in Calderdale

We are super proud of our very own Michael Moss who has been shortlisted as a finalist in the category of Outstanding Individual Achievement in the Calderdale Community Spirit Awards 2020, hosted by Community Foundation for Calderdale.

I hope you will join us to congratulate and thank Michael for the 55 years of amazing voluntary work at the Anchormen supporting the youth and community of Calderdale.

In 1953 Michael joined the 5th Elland Boys Brigade marching band which later became The Anchormen Drum & Bugle Corps. As Corps Director Michael steered the Anchormen to win countless band and dance competitions throughout the UK and Europe. In 1998, in recognition of outstanding services to marching bands for 40 years, Michael was awarded a Fellowship from Drum Corps United Kingdom.

When the Anchormen purchased the Former Wesley Church and Savage Hall in Elland for rehearsals, Michael formed the building into a social enterprise for use by the wider youth and community of Elland. Currently 3 Anchormen Dance Teams use the facilities every week. As well as Karen Binns Stage School, Judo Excellence, Anchormen Jazz Orchestra, Elland & Greetland Royal British legion and the Elland Old Boys Brigade Band use the building. Over 100 young people use the premises each week.

In April 2020, Michael was initiated into the Anchormen Hall of fame for devoting 55 years to the organisation and the youth and community of Calderdale. 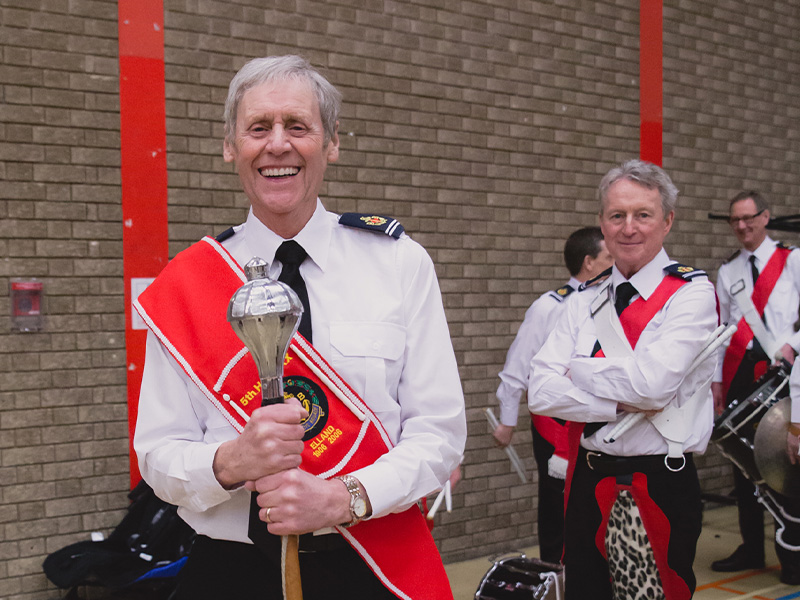