Home » Trip to the Netherlands by Lauren Pimblett

Trip to the Netherlands by Lauren Pimblett

The members and staff of Anchormen A were so excited to perform in Holland, and aimed to make the evening finals and have a fun weekend.

Friday we headed to the airport and after a slightly bumpy landing arrived in Eindhoven. We then travelled to Almere for a couple of hours rehearsal and a show and tell with our new Italian friends at Truggio.

This was a great opportunity to get prepped for the Saturday and make new friends ahead of the competition! Saturday morning we were up and ready to hit CGN Almere!

The members gave a great performance in the morning and hoped they had done enough to make finals.

After much anticipation it was revealed that they had made finals in 4th place! We were ecstatic with the result and couldn’t wait to perform again in such a large arena!

Anchormen A felt confident after this boost and excited for finals. After some sparkle to the members the evenings performance came and the members had one of their best shows to date, they performed their hearts out and you could feel the emotion from the floor.

The staff were so pleased with them and felt so proud of what they had achieved.

Once the results came the members found out they managed to gain 2nd place overall!

After this icing on the cake the members and staff team headed back to the hotel for celebrations!

Anchormen A had a great experience throughout the whole weekend, giving them a chance to bond more as a team, have fun and experience a performance in Holland!

The staff couldn’t be prouder of what the members achieved, and cannot wait for the next 4 weeks leading up to UK Championships in Worcestershire! 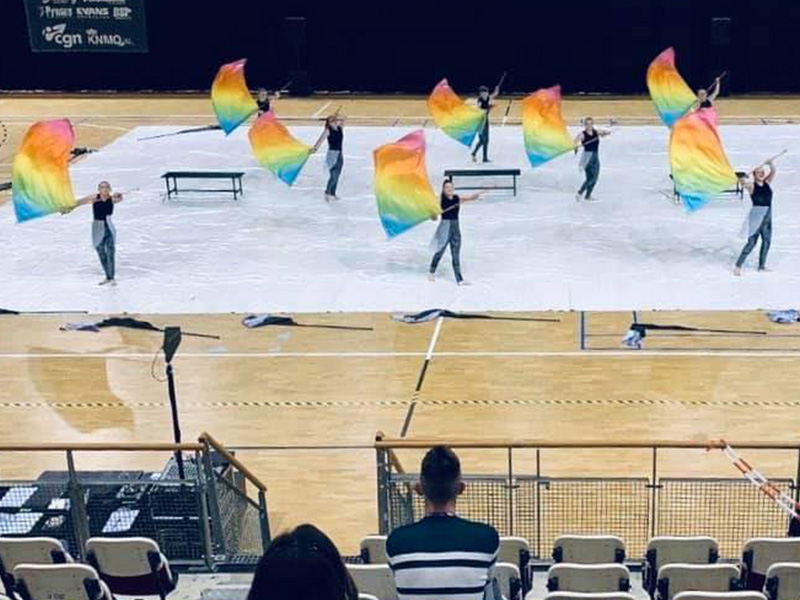